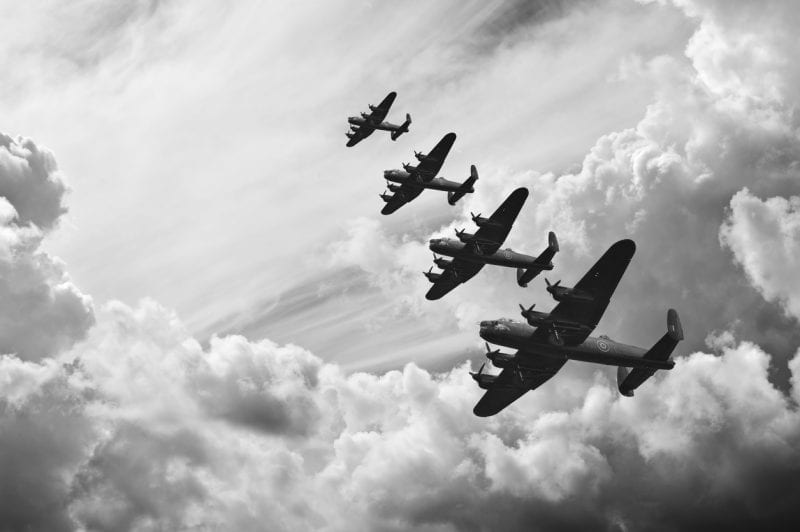 The national celebration of Battle of Britain Day on 15 September is a major event. But do you know what we are commemorating and why, and how can you explain its significance to your children? Former primary school teacher Laura Steele of leading education resource creators PlanBee has all the answers.

What was the Battle of Britain?

The Battle of Britain was a decisive air battle between Britain and Germany in the Second World War, which took place between July and October 1940.

How did the Battle of Britain begin?

Germany, led by Hitler, had invaded much of Europe, and Britain was the only country left to conquer. Hitler ordered the Luftwaffe, Germany’s air force, to fly over and bomb towns and army defences on the south coast of England, hoping to weaken the British defences before invading by land. The first bombs were dropped on 10th July 1940.

How did Britain respond?

Hitler did not anticipate the strength of the Royal Air Force, and Britain’s determination to fight back. He decided to focus the attack on the air force bases of Britain instead, bombing airport runways and radar stations, hoping to weaken the RAF. Hitler became impatient at how long it was taking to defeat Britain, so he also ordered the bombing of large cities such as Cardiff, Glasgow, Belfast and London.

What was ‘The Hardest Day’?

18th August 1940 was named ‘The Hardest Day’ after a particularly fierce air battle between the RAF and the Luftwaffe. Germany aimed to destroy RAF Fighter Command, the control centre of Britain’s fighter aircraft. Both sides suffered heavy losses. Despite shooting down twice as many German planes in the sky, the RAF lost many of their aircraft when they were destroyed on the ground.

What happened on ‘Battle of Britain Day’?

The Germans felt that they were getting close to victory. On 15th September, a huge bombing attack was launched on London. Immediately, RAF pilots took to the sky in their fighter planes, shooting down many German aircraft. This was a key turning point; although more air raids occurred after this date, they became less frequent.

How did it end?

At the end of October 1940, Hitler abandoned his plans to invade Britain. After the Battle of Britain, the RAF had seriously weakened the Luftwaffe and caused Hitler’s first major defeat of the war.

Seven fascinating facts about the Battle of Britain

●        Despite the Luftwaffe having more aircraft, the RAF had the advantage of radar which gave them advance warning of where and when German aircraft were approaching.

●        The Hawker Hurricane and the Supermarine Spitfire were the main RAF fighter aircraft. The Hurricanes were responsible for 60 per cent of German losses.

●        The Messerschmitt bf 109 was the most dangerous German fighter plane. The Luftwaffe’s Heinkel He III was capable of carrying bombs weighing up to 250kg.

●        After the Battle of Britain, Winston Churchill said, ‘Never in the field of human conflict was so much owed by so many to so few.’ This is why the pilots who fought in the battle became known as ‘The Few’.