Bucks leads national revolution to give people an easier ride 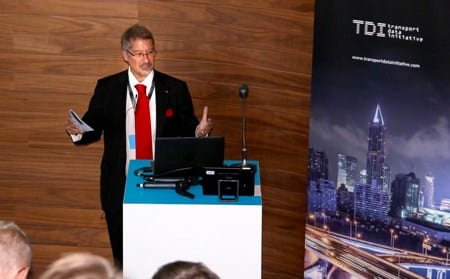 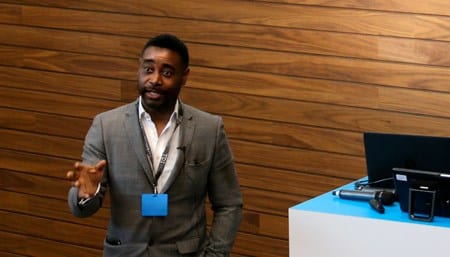 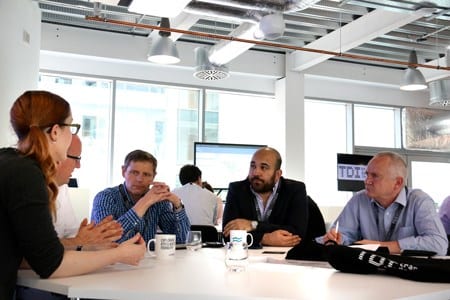 How would you like to own an alarm clock that allows you to sleep in longer if there is road congestion on your journey to work?

Orhow about a pop-up app that alerts you to gridlock before a key appointment and advises you to take public transport instead of a car – so you can beat the traffic by using the bus lane? This app would even then take the bus fare out of your account to make it easier for you.

These were just two of the ideas floated to a packed audience at the launch of the ‘Transport Data Initiative’, a major new forum which aims to vigorously promote joined-up thinking across the UK.

A total of 36 local authorities, representing 41% of the national population, sent officials to the conference organised by Buckinghamshire County Council on June 30 in Milton Keynes.

Basil Jackson, Director of Transport Services at Buckinghamshire CC, told delegates all local authorities needed to work together to benefit from the power of transport data, such as information gained from ANPR cameras, FOI responses, home-to-school-transport information or public transport timetables.

“We have to understand the value of the data,” said Mr Jackson. “We have been too insular in the past and we need more collaboration. This is going to require a cultural change for us. We are going to have to have digital in our DNA. We have a bright future ahead of us but in order to capture this bright future we have to think differently and do differently.”

He added: “If we were Google or Tesco, we would ten years ago have implemented a strategy for a) how customers get great use of data and b) how we get a commercial edge out of it. I think we have been very slow.”

He used the example of an app being developed by OneTRANSPORT, a consortium of 11 bodies that aims to revolutionise the approach to transport across the UK by drawing in data from numerous networks. Buckinghamshire is the lead council in this partnership.

“The app understands the travel, gives information to your phone and rather than allowing your alarm clock to wake you up [in the event of severe congestion], it delays your alarm clock because it knows you won’t get into work any earlier,” he explained.

Another real-world example was given by Karla Jakeman, of Innovate UK – the UK’s innovation agency which part funds OneTRANSPORT.

“Wouldn’t it be good if you had a hospital appointment and a pop-up came up on your phone which said don’t drive because the A419 is blocked,” she told the audience. “But it told you that you could get the number 6 bus which could go down the bus lane and past the traffic and it would even take the money out of your account.”

Afterwards, she described the forum as fantastic, adding: “We wanted this to happen for so long. To progress in this area, we all need to come together – all the local authorities, government, industry and academia.”

Another example given by her was to use the joined-up data to create a business model. “You’d be told there is congestion ahead but if you get off the next service station, you will get a free coffee,” she said.

The next meeting of the Transport Data Initiative forum will be on October 4 in Birmingham when organisers hope the central location will encourage even more local authorities to send representatives.

To understand more about the forum, visit the website at www.transportdatainitiative.com.