4 September 2020
Cultural and the Arts

Council Chairman Richard Scott has become the latest person to nominate an object for Buckinghamshire Culture’s Bucks in 100 Objects campaign. The project, which aims to develop connection, a sense of community and local pride by curating a list of 100 objects that really capture the history and culture of the county, already has nominations from local residents, including Gabby Logan, Denise Lewis, and Tony and Cherie Blair.

The wind-up elephant automaton, which can be found on display in the East Gallery at Waddesdon Manor, belonged to Baron Ferdinand de Rothschild, and has always been a favourite with visitors to the house. Cllr Scott has chosen this object to join the nominations for Bucks in 100 Objects, due to a curious story about it dating back over 130 years. 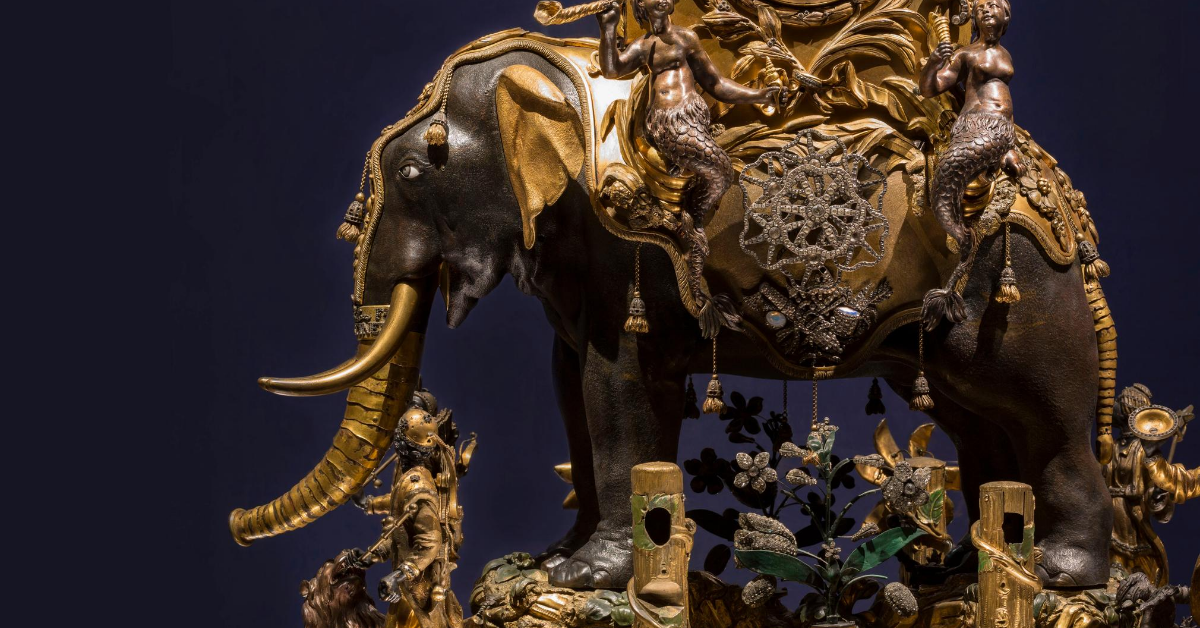 The Bucks Herald newspaper mentioned the elephant automaton in an 1889 issue, when it reported the state visit of the Shah of Persia to Waddesdon , who asked to see it perform again and again.

“As Chairman of Buckinghamshire Council I have the pleasure of welcoming notable visitors to Buckinghamshire, and so this story of the Shah of Persia coming to Buckinghamshire absolutely fascinates me. I can just imagine the excitement, the preparations, and the buzz in Aylesbury town centre as the carriage transporting the future king, and his exotic royal guest, came through the crowds.

The story of the Shah’s enthrallment with the elephant automaton gives a real sense of the personality of a man long gone – a sense of humour maybe, and a love of modern technology, but also an imperious streak. If he wanted to see the elephant move over and over again, it would be done.

All these evocations live on, in the ‘Marvellous Elephant’ (as he is known on Twitter!) and when you watch it wound up to perform, you are briefly transported back to the Buckinghamshire of 131 years ago, when a curious royal visit must have sparked so much excitement.”

Cllr Scott has made his nomination in honour of Buckinghamshire’s first Virtual History Festival, which will go live on buckshistoryfestival.co.uk on 12 September. Buckinghamshire Archives are hosting the festival with help from Buckinghamshire Culture, as well as other partners such as MK City Council, Queen’s Park Arts Centre, and many more.

Can you think of another object that helps tell the story of Buckinghamshire?
From tawny owls to the Lenborough Hoard, there have been some brilliant nominations to Bucks in 100 Objects so far. See these nominations, and make one of your own by visiting Buckinghamshire Culture’s website.