Gary is an Amersham boy who married a Wendover girl, Katrina, and they have lived here very happily since 1986. When he left school in 1975 he wanted to be a gamekeeper but the only jobs on offer were metal turning or wood turning. He flipped a coin and started at Joseph Reynolds in Chesham. Wood turning was a very well known trade in Chesham, a wood based industry using products from Chiltern Forest, now famous for its beech trees. This was a very traditional business which still used steam to power the belts. There were no safety glasses, dust masks or dust extraction in those days, only piles of dangerously flammable sawdust everywhere. How things have changed now that health and safety are taken seriously! Gary was apprenticed to Jack Peacock. His apprenticeship was over a three year period. He was put on piece work, which meant that he would make one item until he became proficient and only then was he moved on to another project. The items this factory made were mostly household/kitchen items. In those days wood turning was not a skill regulated by exams, but NVQs have since been introduced and Gary is always encouraging youngsters into the art and craft of wood turning.

By 1990, Gary’s experience of the industry was completely modern and his talents were recognised as he was invited by Racal (now 3M) to demonstrate their machinery at a big exhibition in Wembley. Demonstrations are performed with safety glasses rather than a dust mask so that the audience can hear his pearls of wisdom. Gary is a favourite on the demonstration circuit; he managed 72 in one year. These have been around the UK, Ireland, Scotland, Europe and North America. He has already been booked for Wizardry in Wood 2020, turnersco.com/wiw, an event happening once each 4 years which is limited to only 10 people exhibiting their work. Gary has been invited to every one.

Gary started his own business wood turning from his own workshop in 1986 and he has never looked back, counting over 500 clients to date. One of Gary’s first recognised pieces was a gavel used by HMQ Elizabeth II in the 1980s. He has also made gavels for Sotheby’s, especially small portable gavels for their trainee auctioneers. Stuart Linford has put other Royal commissions his way including making a telescope from Victory timber for Prince Andrew and various pieces for Viscount Linley. The latest commission was for a wooden baby’s rattle presented to Prince Harry by the Worshipful Company of Turners of London.

In 2012 he won the competition Strictly Wood Turning, organised by Axminster Power Tools to find the quickest and best quality producer of items such as wooden eggs and balls. Gary now has a reputation as one of the fastest turners in the country – he is reputed to be able to turn 100 apples in a day! In 2017 a bowl with apples and pears was Lot 31 in an auction of wood turning art, which raised £500 for Freedom from Torture, providing care for torture survivors arriving and living in the UK.

Gary was recently commissioned to make a pair of wooden candlesticks for St Mary’s. His bowls are used as prizes, eg – for the Forestry Commission. He has made DVDs instructing wood turners and sells his own design of wood turning tools. Go to garyrance.co.uk. In April, Gary was notified that he will be presented with the award of Master in Turning in recognition of his “overall contribution to the art and mystery of the craft of turning”. 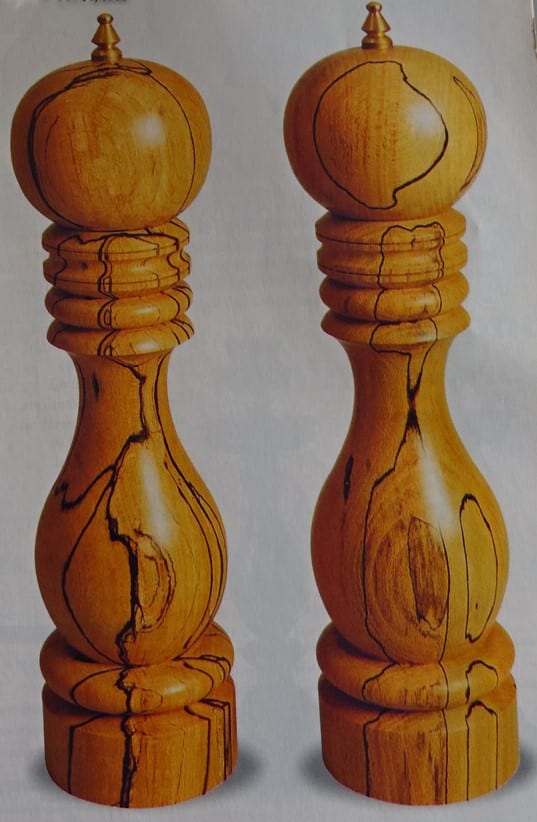 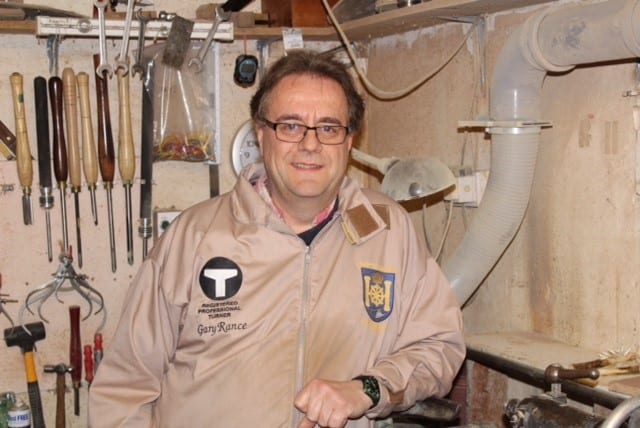